The sun scolds me for my late rise.  I have no good reason for sleeping late.  I took Friday off of work thinking that my son was coming to Kansas City for the weekend.  Inspired by his impending arrival, I planned to clean house and do laundry.  But Thursday evening he called and said, I just have too much to do, I'm not going to make it, and suddenly none of the preparations mattered.  Instead, I slept late, read a book, spent a couple of hours in a coffee shop with my computer, and went to the cemetery.  In the evening, I moped.  That took about three hours and I went to bed at 10, and fell into a heat-induced slumber. My last conscious thought related to the filter for the air conditioner that I did not buy yesterday.

I'm thinking today about being twenty-two and moving to Boston.  I don't know what possessed me to leave St. Louis after finishing college other than my friend David Sotkowitz offered me a pallet on his floor.  So I shoved a few things in my Uncle John's suitcase and boarded a plan on my father's birthday, two days after Christmas, a week after the end of my last semester of college classes. I swore to my mother that I would be home in May to walk with my graduating class.  I  had the promise of a temporary job with a company that had employed me one summer in St. Louis, and an acceptance letter for Boston College's graduate program in political science, starting in September.  I had cut my hair and painted blonde streaks in it.  I had a winter coat but no boots.

The day I landed, Boston had fifteen inches of snow on the ground.  Twelve more fell during the night.  I lay under the sleeping bag, snuggled against a radiator beneath a window, watching the heavy flakes fall from the dark sky, wondering what in God's name I had done.

In the morning, the world had assumed a crystalline grandeur.  I stood at the window, mesmerized by the stillness outside.  I could not imagine walking in nearly thirty inches of cold white crustiness.  I rummaged through the suitcase, wondering what clothes I could wear.  I peered at my coat, adequate for St. Louis, but completely wrong for what I saw outside the glass pane between me and all that snow.  David took me out to breakfast. I huddled over a cup of coffee, my new mantra rolling over and over in my mind:  What the hell was I thinking?

A day later, I took the T downtown and met the folks where I would be working as a receptionist, a company that provided temporary staffing.  I filled out all those tax forms that go along with a new hire, unsure of what they meant.  I had worked several other "real" jobs in the last seven years, at hospitals, one at a publishing house, one for the city of Jennings, the one for this same company in downtown St. Louis.  But I had always asked my mother what to claim, how to fill out the withholding form. I did my best and handed it to my new boss. She said, Let's start you on Monday.  She paused. You might want to get some warmer clothes over the weekend.  She told me, I have an assignment for you out in Cambridge for a week, and then I'm putting you on our front desk.  I liked that idea.  Fewer people to get to know; fewer chances to fail.

I thanked her and took the elevator down to street level and went out into the Massachusetts cold.

On every street corner in Boston back then, there could be found a Mug and Muffin.  I went into the closest one, at ten o'clock, my business concluded and nothing else to do.  I sat at the counter, huddled in my thin synthetic Camel's hair coat.  I pulled its tie around me and wrapped my scarf tighter, and ordered coffee.  Regular? the waitress asked.  I looked at her, wondering what "regular" meant.  I nodded, then stared dejectedly at the pale brownness in the mug she placed before me.

Apparently, "regular" meant "with cream".  I took a bite of my cinnamon muffin and told myself that I could abide polluted coffee just this once.  I heard my father's voice uttering that word, "polluted".  Don't pollute your coffee, he would complain.  Nor your Scotch.  One of his pearls of wisdom, along with "always play the house odds" and "never draw to an inside straight".  Useful advice.

A man settled on the stool beside me, jostling me just a little.  I pulled my elbows closer to my body.  Then he said, cold enough for you, and I thought, that's not a Boston twang, and I turned to ask if he came from the Midwest.  Kansas, he grinned, as the waitress dropped his mug on the counter and pushed the sugar towards him.  He gestured towards my own cup of milky sludge and said,  Let me guess, you take your coffee black.

And then we both laughed.

I didn't last in Boston.  I spiraled downward, lower and lower.  I gained weight from all those muffins, and I drank too many unpolluted Scotches.  I shared an apartment with two actresses and tried to make it until September when classes would start, but I couldn't.  I went home, dejected, disappointed, discouraged.  I understand, from the insight of nearly four decades later, how different my life would have been had I stayed.  But I also understand how hard it is for some of us to forge a new identity when we disdain the hair shirt that has been our one reliable adornment.  In the bottom drawer of my buffet, in a box of photographs and old birthday cards, I keep a letter that my brother Stephen wrote about trying to start over in New Orleans.  I don't recall receiving the letter.  But I understand what he felt.  I understand all too well.  Still waters run deep; troubled waters run the deepest, and their rapid currents hold the most danger. 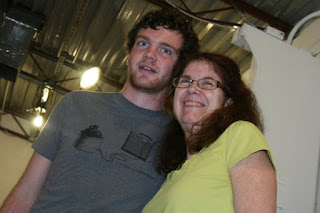 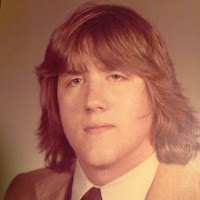